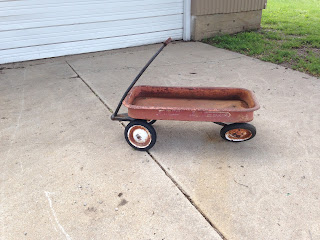 It was on the top of the pile...sitting on the rusted bed of an old pick up truck...past the poison ivy and the ancient Frigidaire.  A rusted old Radio Flyer Red Wagon with parts badly bent.  So badly bent, the wheels were completely out of alignment.

We hopped into Pop's pick up to go rescue it and only got a few feet down the lane through the field when Grammy got the pick up stuck in the mud. 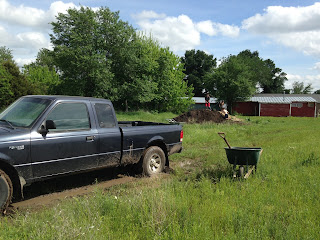 We didn't stop to photograph the junk pile because I keeping three farmhands out of poison ivy and barbed wire isn't an easy thing.

We left the truck and detoured past the pond on foot.  After we checked out how the recent rain had filled the pond, we marched on to liberate our treasure.

The farmhands took turns helping me carry the wagon back to the farm where we looked it over.  Handy Grammy has some skills from living out on the farm but deemed the wagon a task for Pop.

I tried hard to get the truck out of the mud, but was not successful.  The fellows found the task boring but found a nearby dirt pile to pass the time.  Farm Chick offered a hand and moral support but in the end, Pop and his tractor were the solution.  Easy peasy for Pop.
Several days later while I was gone, Pop and the farmhands went to work on straightening the wagon out....and several more days later, Lil Ruthie helped me sand, clean, prime, and paint the inside of the wagon so it could be ridden in without ruining kids' clothing. 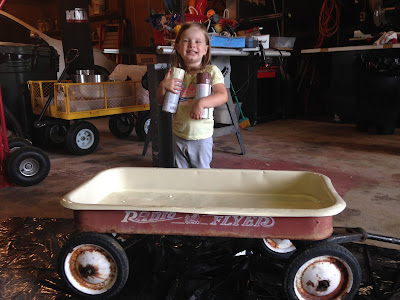 Like many of the of the things that get done at Four Sisters Farm, we all had a hand in making something usable out of something discarded.  We retained the popular "vintage" appeal of the Radio Flyer but made it useful again. 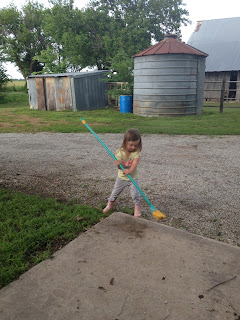 While the paint dried, Lil Ruthie decided to sweep part of  the garage and driveway to surprise Pop.

She said he might yell or he might be mad or he might be so happy he'd cry.  Farm Chick says some of the people in her life live in  glass case of emotion and apparently Ruthie knows all the possibilities!

Posted by Grammy at 1:10 PM No comments:

Mudroom During and After

It seems like we always forget to take true "before" pictures.  We tear into a project and then I remember that we should document it!  So...enjoy these "during" and after pictures.  We are fully enjoying our entrance into the Four Sisters Farm house now! 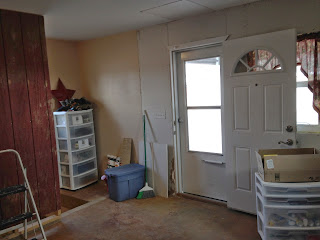 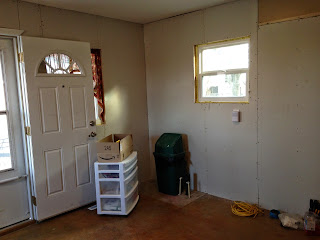 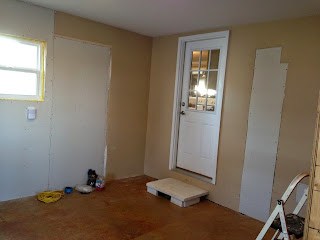 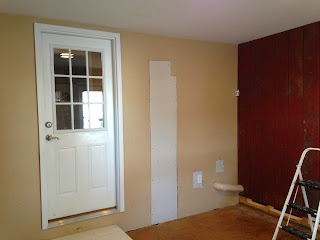 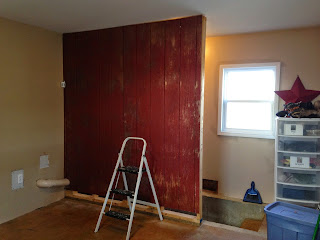 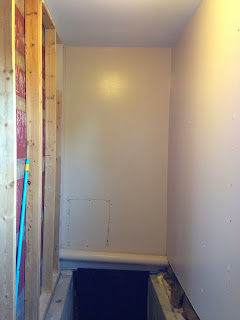 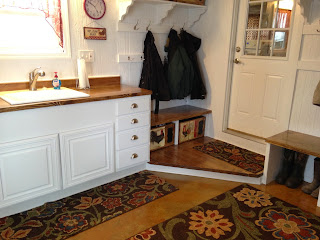 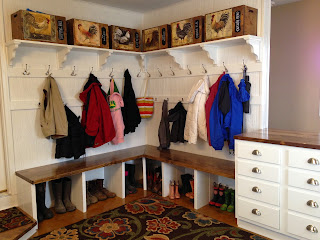 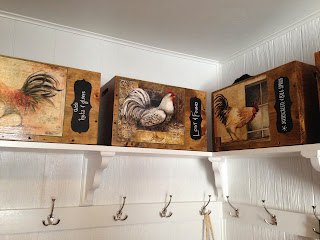 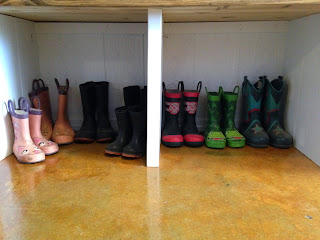 Special thanks goes to Pop, our handyman (Pop said I can keep him if I'll feed him), and our daughter, DW who did the cool lettering on the storage crates Pop and I built.

I'm sure you had no idea what a legacy you and Dad began when your children were born...and certainly no idea how many grandchildren and great grandchildren would follow; but years later we are all so very blessed to have you and Dad still loving us all.

I admire you greatly.  I've always seen your beauty in form and in actions.  I've been privileged to hear your heart in late night talks and chats on the phone now that I have an empty nest.  You demonstrate love of your husband, your children, your family, and friends.  You model a heart for God and work hard at what is important.

You have battled with issues from your raising, with your health, and I'm sure things I don't even know... and have overcome.  You choose to look for good in others.  You remain positive in your outlook on life and it is contagious.

You are human, you've made mistakes for which you have asked forgiveness and you walk in the freedom that comes with that forgiveness.  You speaks truth and continue even now to grown in grace and beauty.  You are blessed.

There is nothing more I could ask for in a mother and I recognize God's sovereign hand in allowing me to be your daughter.  I'm grateful that we can rely on God Who never makes mistakes and trust Him that He gives just the right children to parents and just the right parents to children in order to accomplish amazing things that neither can see during those years of raising.

In raising our own children...the Four Sisters...I've looked to you many times and seen your nod and heard your words of approval.  You gave me permission to mother differently than you did and verbalized your concern when you felt it would help.  You gave Pop and me freedom to do things our own way even when it was unsettling for you.  Just as I continue to come back to you and thank you for things I only now realize you (and Dad) did for us, you come to me and speak love over me when you tell me I've done well.

Her children arise and call her blessed... Proverbs 31:28

To the Four Sisters of Four Sisters Farm:  Since I became a mother, I've worked to continue the legacy my mother began.  Now that you are all mothers, my dream of raising daughters who love their husbands, their children, their families, and others is realized.  I'm grateful to God for the privilege of seeing the desires of my heart continue to play out in the hearts and lives of my daughters.  I love you all very dearly.

I want you to know that serving you and your families is an honor and a privilege.  When I can play with your children or snuggle a baby so you can rest (for a minute, an hour, an evening out, a whole night, a weekend, or even a week)...when I can prepare a meal to share or make you a cup of coffee...when I can fold a load of laundry or pick up the toys it is a living love note that words on a card couldn't adequately express.

As long as I am able, I will continue writing these "love notes" as best I can...motivated by God's love and powered by His never-ending grace and mercy.  I had the thought today that I may very well be "paying it forward" if someday you are called to write similar love notes for me and Pop!

Happy Mothers' Day to the Four Sisters!  I LOVE being your Mom!

Posted by Grammy at 1:09 PM No comments: